A downloadable game for Windows, macOS, and Linux

The Mighty Rune is a 2D pixel art adventure platformer. You will be helping a brave hero to return the stolen Magical Rune to his village. Explore mystical and dangerous places while you fight evil creatures along the journey to unravel the mystery of The Mighty Rune.

The game is in active development and this is an early demo build. Please report any issues/bugs or give any feedback and suggestions on the following channels. Your help is very appreciated :)

If you'd like to support Wishforge Games you can do it by purchasing our original gadgets here: https://shop.spreadshirt.co.uk/wishforge-games/ or simply by sharing this project with your friends :)

Where did you find songs ? I was finding a songs for long time but i didnt find anything :(

does this game is full finished

where did you find such sounds, can you recommend, please

Pretty cool game! I love the art, and animations, but the player felt slippy and uncontrollable at times. I also, think that the player death needs an animation instead of just teleporting.

AWESOME GAME IM A FAN OF UR VIDS

Reply
Blip and Blooper1 year ago

unzip the archive, and there will be a game below(exe)

Reply
The Hooded Olive1 year ago
I
I made a review of this game in my weekly feedback friday series! Check it out!
Reply
LukaszAkaLiptus1 year ago(+1)

The game is beautiful and has very nice sounds. The only thing that annoyed me was that the player was slippery and that the box that had to be pushed did not stand out from the background which made them difficult to notice. Good luck with the further development of the game.

There was a  bug in the firs stage when you kille the Frog while being on the elevator you can't stop jumping but it was a good game! :)

I love the art style of the game, keep it going!!!

Overall I like the game a lot but I would really like if you could use your bow when you were moving instead of just when you're standing still.

best pixel game i ever seen

Oh wow :D thanks for appreciation

Hey, sorry for late reply, it's just one of the default fonts from itch.io, it's called pixel

LOVE IT!!! I've been using Gdevelop for about 5 months now and this is what i want my games to be like someday!

Thank you very much for great feedback :) you can check my youtube channel i post lots of tutorials about gdevelop there.

What game engine did you use Godot or Unity

It's a cool atmosphere you built there with the music and sounds, they go along nicely with the tribal/village theme! The art is very nice too.

- Speed to stop: the player slides a bit when stop walking, the floor feels kinda slippery, but it is all grass and rocks, right? A sudden stop would feel more realistic to me, but it is a matter of taste anyways.

- Crossbow mechanic: think about holding X to load an arrow, and releasing X to shoot it. It could even be explored for power shots (like in Megaman).

- Camera movement: it shows more of what is behind me, and less of what is in front. Maybe the opposite would make more sense.

- Secret places: there is a barrier in some dark spots to avoid the player from falling down. Maybe some could be walked through to lead to secret areas (like in Commander Keen)?

Overall, awesome piece. I can't wait to play the rest of it!

Thank you very much for your feedback and suggestions. I do really value players feedback and always include most of the suggestions it my trello roadmap, so I will include there some of yours as well :)

Thanks again for taking time to test the game and write this post. Stay tuned for new builds and improvements, I hope to make this game more and more enjoyable with every build.

Really liked the art, gameplay and the music/atmosphere. The only critique I have is that I wish there were checkpoints so you didn't have to restart at the village.
Otherwise good job, can't wait for future updates.

Thank you very much for your feedback. I am planning to implement checkpoints and I am working on implementing all other feedback from my user play tests in the next demo build. Thank for testing the prototype and thank you for taking time to leave your feedback, I really appreciate it. 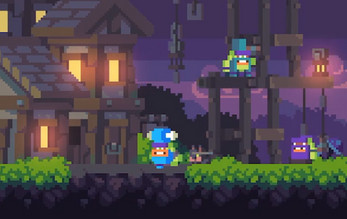 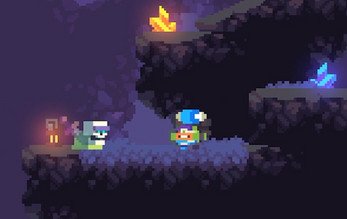 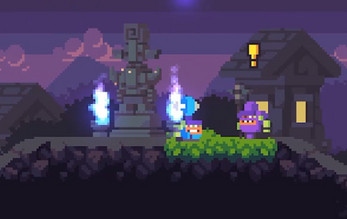 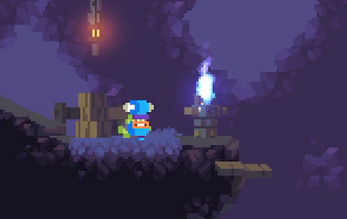 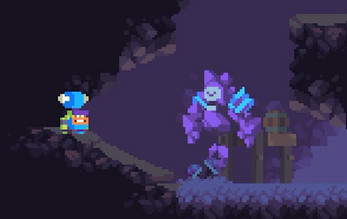